Blogs and Bags and Deployments – Oh My!!! (Deployment Project #66)

If I knew how to make music play in the background of my blog - -just for this post - - I would have Disney World’s, “It’s a Small World” playing right now!  But, since I don’t know how to do that, just mentally let that song play in your head!!

The Blog world is really such a small world!  I’m hoping that you can follow along with this story, because it really is good!!

First off, let’s start with Mrs. K.  Mrs. K is a follower of my blog - - I think the point my blog started standing out to her was when we had all that snow and I made all those BDU/ACU bags.  Mrs. K  was in love with them - - she loved them because her hubby – Mr. K – is in the Army also. 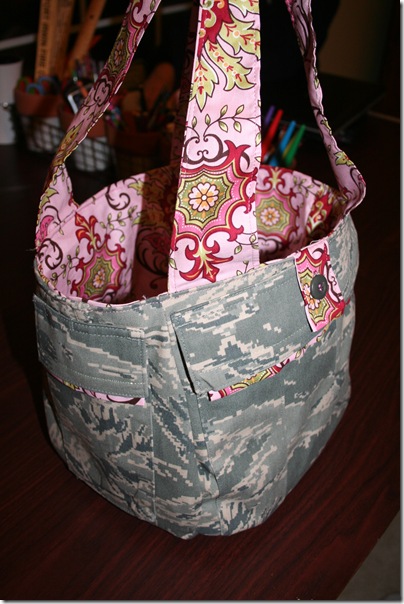 One day, Mrs. K was sending her husband a message on Facebook and saw a picture of one of his friends on Facebook.  Mrs. K thought that the person in the picture looked vaguely familiar.  Mrs. K took a closer look and realized that the picture was my Handsome Hubby! 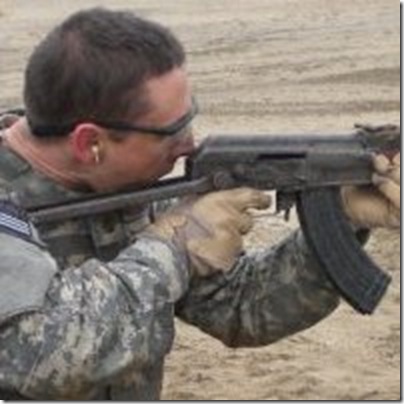 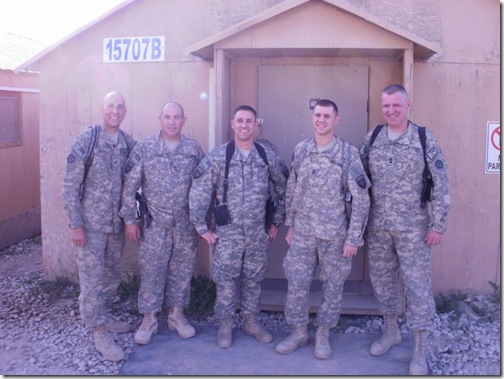 Here they are in front of their “hut”

So…. after Mr. K heard from Mrs. K about a million times how much she LOVED the bags that I made, Mr. K asked Handsome Hubby if I would make one for his wife.  It was my joy and privilege to make Mrs. K a bag this past week and send it as a surprise to her from her hubby!!! 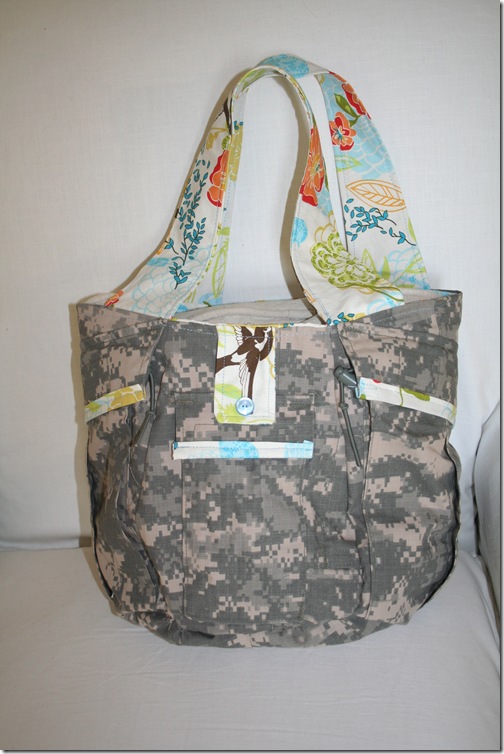 Now Mrs. K and I are friends - - in fact, I’m trying to convince her that they should move to the DC area and be our neighbors!!  Mr. K is coming home soon - - if all this volcanic ash would clear up! - - I am so excited for them to be together as a family again (Mrs. K had a baby just a couple of months ago, so when Mr. K gets home, he will be seeing  and holding his son for the first time!)  Doesn’t that just bring tears to your eyes? 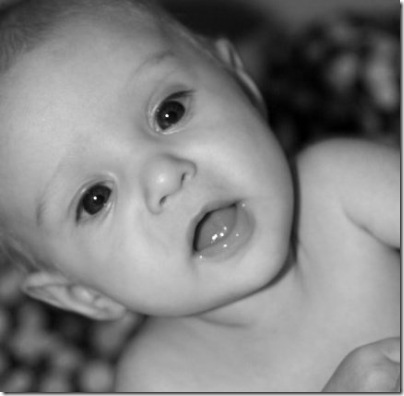 I am kind of sad that Mr. K is coming home soon - - because that means my Handsome Hubby will lose a good friend to hang out with :(  In fact, poor Handsome Hubby, all his good buddies are leaving within the next two weeks, so I’m praying that some good guys are heading his way!!

This is such a sweet coincidence!! I love that you guys have that in common. I never read my husband stuff from blogs but I read him this story and he thought it was so cool. He also thought your bag was awesome too! :) I hope your handsome hubby can come home soon and join your family! praying for his safety!

So cute!!! Perfectly said. I am so glad that I found your blog and that you were an inspiration to me before I even knew that our boys were friends. I think we are truly blessed to be able to support each other. I can't wait to meet you guys in person. And I LOVE my bag! I love that picture of them in front of their hut. Cuteness! And how bout that baby??? Wow! Do they come any cuter than Baby K? I think not :)

I too had to read this story to my hubby! He couldn't believe it! He was deployed during Desert Storm 90/91 so I feel for both of you girls! I know how hard it is and it is so heart breaking to hear when dad's are not there for the birth of their babies. So happy he gets to see Baby K soon!! And Baby K is just the cutest ever! Amy, I hope your hubby gets some great new roomies :)

what a sweet sweet blog. i love these bags...

Ugh that song is now back in my head! lol Went to Disney for my senior trip in high school & it was cold & rainy in Feb. so we hung out in the lil kids area & all I heard everywhere I turned was that song in about 5 million languages lol. Cute bags what fabric did you use for them (not the acu part lol)? I loved it in you upholstery 101 tutorial & even found a chair similar to that one & now I'm on the hunt for the perfect fabric & color for it. Thanks

What a neat story. I am glad you shared that.

lovely story! Praying for HH, and for you all... we can't wait to see you again, and are even more impatient for you to see EACH OTHER again!

I'm a friend of Mrs. K from Colorado, and she sent me here to read about how you met. Amazing! It really is a small world, after all. Hope both of your husbands are home soon. I can hardly stand that Mr. K is gone. I can't even imagine what it's like for you guys. It doesn't seem like enough, but thank you for going without them for so long.

I know this is an old post but... Megan is MY FRIEND...but she just moved...and now lives near you...so sad, for me, but great for you guys!! :) Enjoy her. She is totally rad:) In fact, we met in colorado (my husband is in the AF), then we moved to Germany and they moved to Arkansas...then WE moved to AR too! It was a lovely 8 months that we got to live here at the same time. And if all goes well, my husband will be assigned in 2011-2012 to the DC area for a 1 year school assignment. Its a long shot, but one can hope...

You are so right it is a small world. I had been in Korea and worked in labor and delivery (I was active duty myself then) I went to Ft Eustis Va after that where I ended up in a transportation unit. about 3 years after I got there we got a new solider and he approached me and asked if my name was anna and said I had delivered his baby in Korea (the doctor did not get in the room fast enough. he then went on and told me that they had named their daughter after me. It was so cool to meet my little namesake that I did not know about.
I just found your blog and I am totally loving it. it has been years since I took on an upholestry project and after finding 2 chairs and an ottoman last weekend for a total of 3 bucks I am ready to tackle it again.

Btw we are about to pcs to va again not to sound like an internet stalker but maybe we should meet up some time! 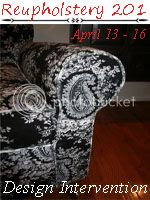 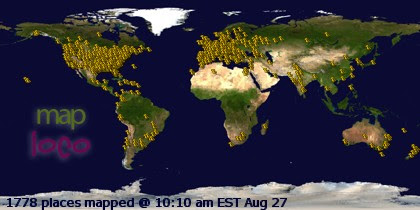